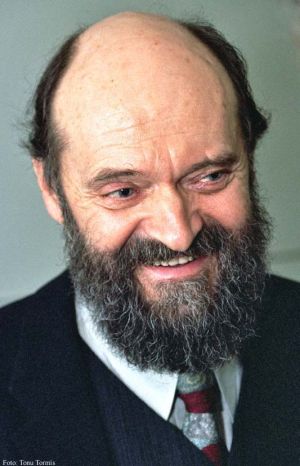 Pärt was born in Paide, Järva County, Estonia, and was raised by his mother and stepfather in Rakvere in northern Estonia. He began to experiment with the top and bottom notes as the family's piano's middle register was damaged. His first serious study came in 1954 at the Tallinn Music Middle School, but less than a year later he temporarily abandoned it to fulfill military service, playing oboe and percussion in the army band. While at the Tallinn Conservatory, he studied composition withHeino Eller. As a student, he produced music for film and the stage. During the 1950s, he also completed his first vocal composition, the cantata Meie aed ('Our Garden') for children's choir and orchestra. He graduated in 1963. From 1957 to 1967, he worked as a sound producer for Estonian radio.

Although criticized by Tikhon Khrennikov in 1962, for employing serialism in Nekrolog (1960), which exhibited his "susceptibility to foreign influences", nine months later he won First Prize in a competition of 1,200 works, awarded by the all-Union Society of Composers, indicating the inability of the Soviet regime to agree consistently on what was permissible. In the 1970s, Pärt studied medieval and Renaissance music instead of focusing on his own composition. About this same time, he converted from Lutheranism to the Russian Orthodox faith.
In 1980, after a prolonged struggle with Soviet officials, he was allowed to emigrate with his wife and their two sons. He lived first in Vienna, where he took Austriancitizenship and then relocated to Berlin, Germany, in 1981. He returned to Estonia around the turn of the 21st century and now lives alternately in Berlin and Tallinn. He speaks fluent German and has German citizenship as a result of living in Germany since 1981.