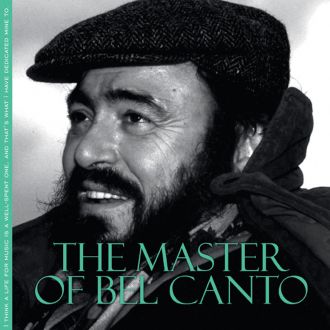 The Master of Bel Canto

There is disagreement as to the exact definition of the well-known term “bel canto” in opera, although the literal translation from Italian is simply “beautiful singing.” Some musicologists insist the term should apply
only to the operas of Rossini, Bellini, and Donizetti. Others argue, more convincingly, that the type of singing referred to is that which prevailed throughout the 18th century and up until Verdi, when a new style — based more on dramatic expression than vocal beauty — became dominant. This album surveys Luciano Pavarotti in this genre in which he excelled, and which may be said to have been his specialty.