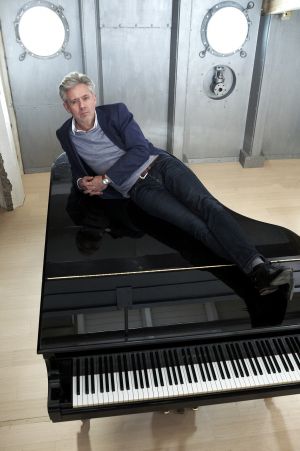 Since his debut in the Concertgebouw in Amsterdam in 1988 pianist Ivo Janssen (Venlo, 1963) performs regularly in the Netherlands, and also in Germany, France, Italy, Australia and the USA. He has performed with musicians such as Heinrich Schiff, Nobuko Imai, Han de Vries and Charlotte Margiono.

For Globe, Ivo Janssen made a number of recordings including Brahms, Prokofiev, Chopin Preludes op. 28 and Hindemith’s Ludus Tonalis, which the Hindemith Institute considered to be the best recording by far of this work.

In 1994 he started a series of concerts which will eventually include performances and recordings of the complete keyboard works by J.S. Bach. In February 1998 the first album in this series was released, on his own label VOID Classics, which was especially started for this purpose. After recordings of the Goldberg Variations, Toccatas, French and English Suites, Partitas, the Well-tempered Clavier, and much more, the cycle was completed with a recording of The Art of Fugue in January 2007.

His toccata! project, that combines Bach’s toccatas with toccatas especially written by a number of contemporary Dutch composers such as Louis Andriessen, Michiel Borstlap, Leo Samama and Christina Viola Oorebeek was received with much enthusiasm, in the Netherlands as well as abroad.

Since 2014 Ivo Janssen plays recitals in Janssenbeton, music below decks, a concert hall built by himself in a concrete ammunition barge in the centre of Amsterdam. However, he has decided to stop performing for the time being in the summer of 2019.