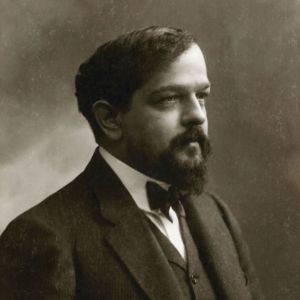 Claude Debussy was a French composer. He and Maurice Ravel were the most prominent figures associated with impressionist music, though Debussy disliked the term when applied to his compositions. He was made Chevalier of the Legion of Honour in 1903. He was among the most influential composers of the late 19th and early 20th centuries, and his use of non-traditional scales and chromaticism influenced many composers who followed.

Debussy's music is noted for its sensory content and frequent usage of non-traditional tonalities. The prominent French literary style of his period was known as Symbolism, and this movement directly inspired Debussy both as a composer and as an active cultural participant

Among his most famous works are his Clair de Lune, his Three Nocturnes and his orchestral piece La Mer.