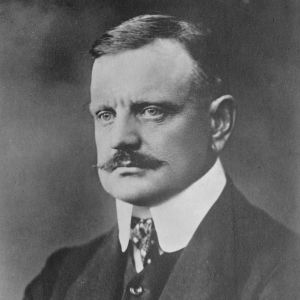 Jean Sibelius (1865-1957) was the composer who gave Finland its own sound, right when this nation was struggling to detach itself from Russia. Sibelius wrote several impressive symphonic poems - among which Finlandia, Lemminkäinen-suite, Oceaniden, Tapiola - for he took inspiration from the Kalevala, the Finnish national epic.

He was just as original as a symphonist: his Seven Symphonies are just as much answers to the question how the genre should develop after Tchaikovsky's death.