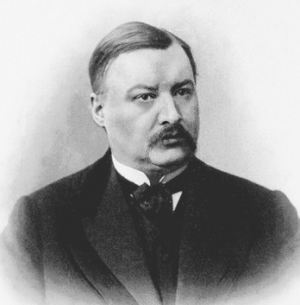 Alexander Glazunov was a Russian composer, pianist and conductor. In his music he reconciled the folkloric and nationalistic style of the Mighty Handful, a group of Russian composers devoted to nationalistic music, with the more cosmopolitan style of composers such as Tchaikovsky. He was a gifted artist in the use of counterpoint, a master of design and a brilliant orchestrator. Young composers like Shostakovich and Prokofiev eventually considered his music old-fashioned while also admitting he remained a composer with an imposing reputation.

Glazunov had a phenomenal musical memory, which enabled him to complete several unfinished works by Borodin with the help of Rimsky-Korsakov, amongst others the Third Symphony and the opera Prince Igor. He reconstructed its overture from memory.

As a conductor Glazunov introduced both his own works and the works of his Russian colleagues abroad. He appeared amongst others at the Russian concerts during the 1889 Paris World Fair.

Glazunov's most popular works are his ballets Raymonda and The Seasons, his two Concert Waltzes and some of his later symphonies. He is also known for being one of the few classical composers who wrote for the saxophone.