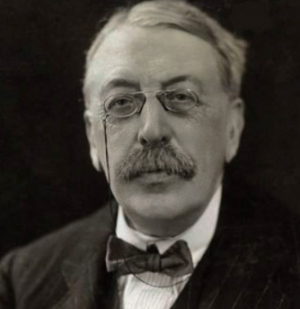 Charles Villiers Stanford was born in Ireland, but rose to fame as a composer, conductor and music teacher in England. While he was still an undergraduate, he was appointed organist of Trinity College, Cambrigde. In 1882 he was one of the founders of the Royal College of Music, where he taught composition for the rest of his life. Later he also became Professor of Music at Cambridge University. Among his pupils were rising composers who would surpass him later on, such as Ralph Vaughan Williams and Gustav Holst.

Stanford composed about 200 works in almost every genre, amongst others seven symphonies, nine operas, 11 concertos, 40 choral works and 28 chamber works. Throughout his career he was always admired for his technical mastery. On the day of Stanford's death, Gustav Holst said Herbert Howells, “The one man who could get any one of us out of a technical mess is now gone from us.” After his death most of his music was quickly forgotten, with the exception of his choral works for church performance. His music became eclipsed by that of Edward Elgar and his former pupils.