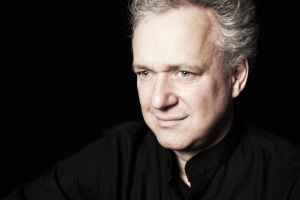 Born in Augsburg (Germany) 1962, Martin Kränzle dedicated himself to singing after having played the violine, composing and studying to be a music theatre director. The baritone studied voice with Martin Gründler at the Musikhochschule Frankfurt. After engagements in Dortmund and Hanover, he has been member of the Frankfurt Opera since 1998. Guest contracts led him to the Scala in Milan, to the Salzburger and Bregenzer Festspiele, to the Glyndebourne Festival, he did four productions at the San Francisco Opera, he sung in Munich, Hamburg, Berlin, Geneve, Sofia, Cairo, Tel Aviv, Tokyo, Tbilisi
and Spoleto (Italy).

He was annouced as “Singer of the Year” 2011 from the leading opera magazine Opernwelt. He was also awarded the “Kölner Opernpreis” 2012. At the moment he appears at Staatsoper Berlin and Teatro alla Scala Milano in Wagners Ring of the Nibelung as Alberich, conducted by Daniel Barenboim.