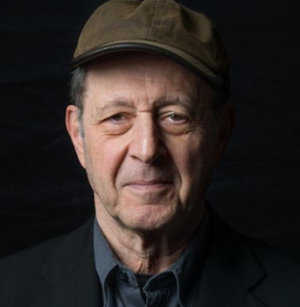 Steve Reich was recently called  "our greatest living composer" (The New York Times) and  “...the most original musical thinker of our time” (The New Yorker). From his early taped speech pieces It's Gonna Rain (1965) and Come Out (1966) to his and video artist Beryl Korot’s digital video opera Three Tales (2002), Reich's path has embraced not only aspects of Western Classical music, but the structures, harmonies, and rhythms of non-Western and American vernacular music, particularly jazz. "There's just a handful of living composers who can legitimately claim to have altered the direction of musical history and Steve Reich is one of them," states The Guardian.

In 1966 Steve Reich founded his own ensemble of three musicians, which rapidly grew to 18 members or more. Since 1971, Steve Reich and Musicians have frequently toured the world, and have the distinction of performing to sold-out houses at venues as diverse as Carnegie Hall and the Bottom Line Cabaret.

Reich's 1988 piece, Different Trains, marked a new compositional method, rooted in It's Gonna Rain and Come Out, in which speech recordings generate the musical material for musical instruments. The New York Times hailed Different Trains as "a work of such astonishing originality that breakthrough seems the only possible description."

Steve Reich's music has been performed by major orchestras and ensembles around the world, including the London Symphony Orchestra conducted by Michael Tilson Thomas, New York Philharmonic conducted by Zubin Mehta, The Ensemble Intercontemporain conducted by David Robertson, the Schoenberg Ensemble conducted by Reinbert de Leeuw and the BBC Symphony conducted by Peter Eötvös. Over the years, he has received commissions from amongst others the Barbican Centre London, the Holland Festival, San Francisco Symphony, Vienna Festival and the Saint Louis Symphony Orchestra.