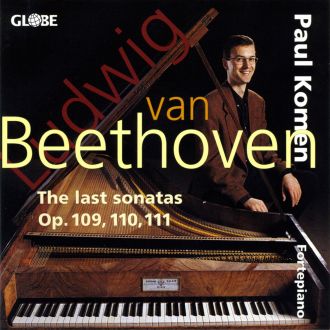 The Piano Sonatas Vol 1: The last sonatas for pian

Paul Komen made his debut at the age of 13 with a radio recording of works by Bach and Scriabin. He then studied at the Sweelinck Conservatory in Amsterdam with Jan Wijn. During his studies he took part in several master classes, which resulted in 1978 in his first gramophone recording. In 1980 he was a finalist in the International Tromp Piano Competition in Eindhoven. In 1981 he made his English debut at the Wigmore Ha II in London. At this occasion one of the records he made was presented to H.M. Queen Elizabeth The Queen-Mother.