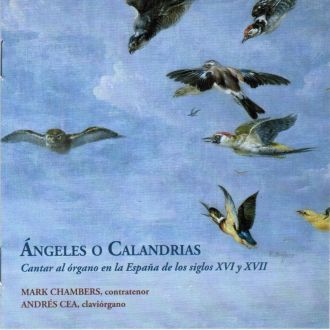 The keystones of this recital are the motets by Victoria and Palestrina published in an ornamented version by Bovicelli in his Regole of 1594. Vadam et circuibo civitatem is taken from the 1572 Venician edition of Victoria's motets while Ave verum corpus is a sacred
setting of the Palestrina madrigal Io son ferito, hai lasso which appeared in 1561.There is also one 5 part motet by Francisco Guerrero, Ave Virgo Sanctissima.

The two treble voices are written in canon, and one of them, on this recording, is played by Arnau Rodón on the cornett. Like wise, the cornett and countertenor alternate in Alonso Lobo's six part motet Versa est in luctum, published in his book of masses which appeared in Madrid in 1602.