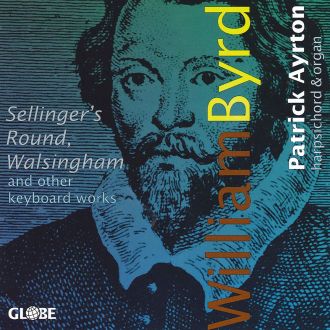 William Byrd was one of the most outstanding composers and instrumentalists from the Shakespearian era. He wrote numerous vocal works for both the Catholic and the Anglican Church. His organ and virginal works brought the keyboard style to prestigious heights and shaped the path for generations to come. This album illustrates the two fundamental forces on which his keyboard music was based: the old style of vocal polyphony, which characterises his early period, and the tradition of court dances and folk song which influenced the composer's mature manner. Three different instruments were used for this recording: a harpsichord by the famous builder Joel Katzman after an original instrument by Johannes Couchet from 1693; a harpsichord by Titus Crijnen after Giovanni Battista Giusti from 1681, and a never before recorded Renaissance organ from 1531 in absolutely perfect condition. The latter instrument was found in the Dutch village of Krewerd (near Groningen) in a little church which was built around 1280!

Patrick Ayrton was born in 1961 in London and started his musical studies in Switzerland with Francois Demierre. He then studied the organ and church music with Alfred Mitterhofer at the Academy of Music and Figurative Arts in Vienna where he graduated "cum laude". Later he specialized in the harpsichord under the guidance of Ton Koopman at the Royal Conservatory in The Hague. He was a prize-winner at the Paul Hotbaimer competition in Innsbruck (1983) and at the organ competition in Brugge (1985).
Patrick Ayrton performs in Europe and the United States as a soloist and continuo player with ensembles and orchestras such as the Amsterdam Bach Soloists, the Amsterdam Baroque Orchestra, the Royal Concertgebouw Orchestra and the Gulbenkian Choir. He is also a member of the Combattimento Consort Amsterdam and of the trio La Dada (with Han Tol and David Mings) which specializes in 17th century Italian music.