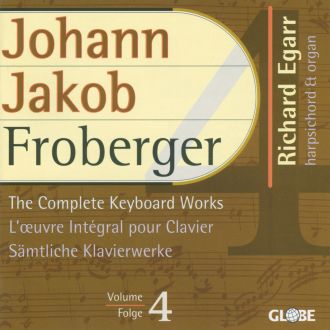 Richard Egarr was born in Lincoln (England) in 1963. His musical training began as a chorister at York Minster, and at the age of 13 he was accepted to study piano and organ at Chetham's School of Music in Manchester. At 16 he gained his organ diploma with prizes, and became Organ-scholar at Manchester Cathedral. In 1982 he was awarded a place to read music, and the Organ-scholarship, at Clare College Cambridge. It was during his time there that he began playing the harpsichord, and after taking his Mus.B. degree in 1986, he spent a year studying with David Roblou at the Guildhall School of Music in London. The following year, with the award of a Scholarship from the Dutch Government, he studied in Amsterdam at the Sweelinck Conservatorium with Gustav Leonhardt. In 1988 he took top prize in the International C.P.E. Bach Fortepiano-Clavichord-Harpsichord Competition in Hamburg.

Richard Egarr has worked extensively throughout Europe, the U.S.A. and Japan both as a soloist and continuo player with such artists as Marie Leonhardt, Max van Egmond, Emma Kirkby, Catherine Bott, Philip Pickett and The New London Consort. Since 1990, he has been the harpsichordist with London Baroque.