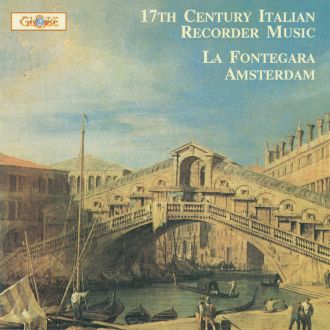 La Fontegara Amsterdam was founded in 1979 and ever since the group's formation it has succesfully worked on developing a very individual and original style of performance, presentation and programming, never shying away from original arrangements and the use of theatrical effects. The three members of La Fontegara Amsterdam - Saskia Coolen, Peter Holtslag and Han Tol - are leaving their marks on the international concert stages, as well as on the realm of recorder and early music pedagogy. There is also an increasing number of composers writing new music for La Fontegara. They are joined here once again by three eminent artists, all experts in their own fields: Australian cellist Marion Middenway, American bassoon and dulcian player David Mings and the brilliant harpsichordist Jacques Ogg whose solo recordings have earned him an international reputation.